Academic writing generally needs to be formal, clear and concise. It is normally written in the passive voice (e.g. samples were taken) or active third person voice (he/she/they took samples). One exception is reflective writing, where you will write about your own feelings or attitudes towards a specific topic. All assignments need a structure that makes it easy for a reader to follow. Subheadings and sections are used in several assignment types, such as reports and case studies.

Assignments are structured like a narrative – they include a beginning, a middle and an end. Generally, they start with an introduction where you’ll set the scene for your reader, and end with a conclusion which sums up your ideas, or provokes new ones. The middle is where things vary, but this is where the hard work is done – where you provide the bulk of the information that answers your assignment question.

All your assignments need structure. Here we refer to essay structure but many elements can be carried across to other assignment types.

If sentences are the bricks, paragraphs are the wall, and the building is the essay.

The sun (subject) is shining (predicate)

A simple sentence or main clause makes sense on its own.

A sentence becomes more complex when you add a subordinate clause or phrase, which adds more meaning to the main clause.

Although it is winter (subordinate clause), the sun is shining (main clause).

The subordinate clause cannot stand on its own: “although it is winter”, doesn’t make sense on its own.

A compound sentence has two or more main clauses. To join main clauses, a comma AND a conjunction are needed.

He worked hard. He did not achieve high marks.

He worked hard, yet he did not achieve high marks.

Note: beware, however, ‘therefore’ and ‘thus’ are NOT conjunctions (see “transition markers” below).

A periodic sentence is a complex sentence in which the main clause or idea is witheld until the final clause.

Although it seems simple, mastering Tai Chi requires years of practice. (This is a periodic sentence)

Mastering Tai Chi requires years of practice, although it seems simple. (This is a non-periodic sentence)

Compare the above sentences. Which do you think has the most impact?

Although they carry the same meaning, the one written in periodic style has greater impact because it keeps the main idea until the end of the sentence, giving it more emphasis. Be careful to not overuse periodic sentences in your writing or they will lose impact (and can become repetitive!).

A periodic sentence is an effective way to write thesis statements.

Sentences may also have words or phrases called transition markers that link them to other sentences or paragraphs.

Examples of transition markers are the following: therefore, for example, to summarise, as a result, however, in the same way, even though, after that…

Once again, commas are used to separate the transition marker from the rest of the sentence. Note the use of the comma in the following sentence.

For example, we should remember that we need to use a comma when a subordinate clause meets a main clause.

An example of a coordinating conjunction in action is as follows:

Essays can be difficult, but with practice they may become easier.

Correlative conjunctions are pairs of conjunctions that work together. For example: either/or, neither/nor, not only/but also.

Here is an example of a correlative conjunction:

Neither procrastination nor distraction will help you get your assingment done.

Before he leaves, make sure he does the dishes.

The relationship is one of time, indicated by the word ‘before’.

An active sentence is one in which the subject is also the agent (doer) of the action; for example, “The nurse dressed the patient’s wound”.

A passive sentence is one in which the subject is being acted upon; for example, “The patient’s wound was dressed by a nurse”.

The active uses fewer words and is more direct. However, you should use the passive in the following situations:

One way to create cohesion between sentences is by using transition markers. Transition markers are words or phrases used to link sentences and paragraphs and to help the reader follow the direction of your argument.

and, also, in addition, moreover, furthermore

however, nevertheless, nonetheless, on the contrary, on the other hand, by contrast

in other words, that is, in effect, to simplify

for example, for instance, in particular, to illustrate

although true, even though, although, despite this

to summarise, to conclude, in conclusion, clearly then

therefore, thus, hence, as a result, consequently, accordingly, for that reason

Only use transitions when you need to. If the logical relationship between sentences is already clear you don’t need one.

If you use a transition marker, ensure it represents/articulates the relationship that exists between the two sentences it connects.

Punctuation plays a significant part in making your writing clear. It’s easy to be accidentally ambiguous in your writing. While you know what you are trying to say, you don’t know how it will read to your reader. Paying close attention to your punctuation is vital, and it always helps to get someone else to check over your final draft to ensure your writing and punctuation makes sense. 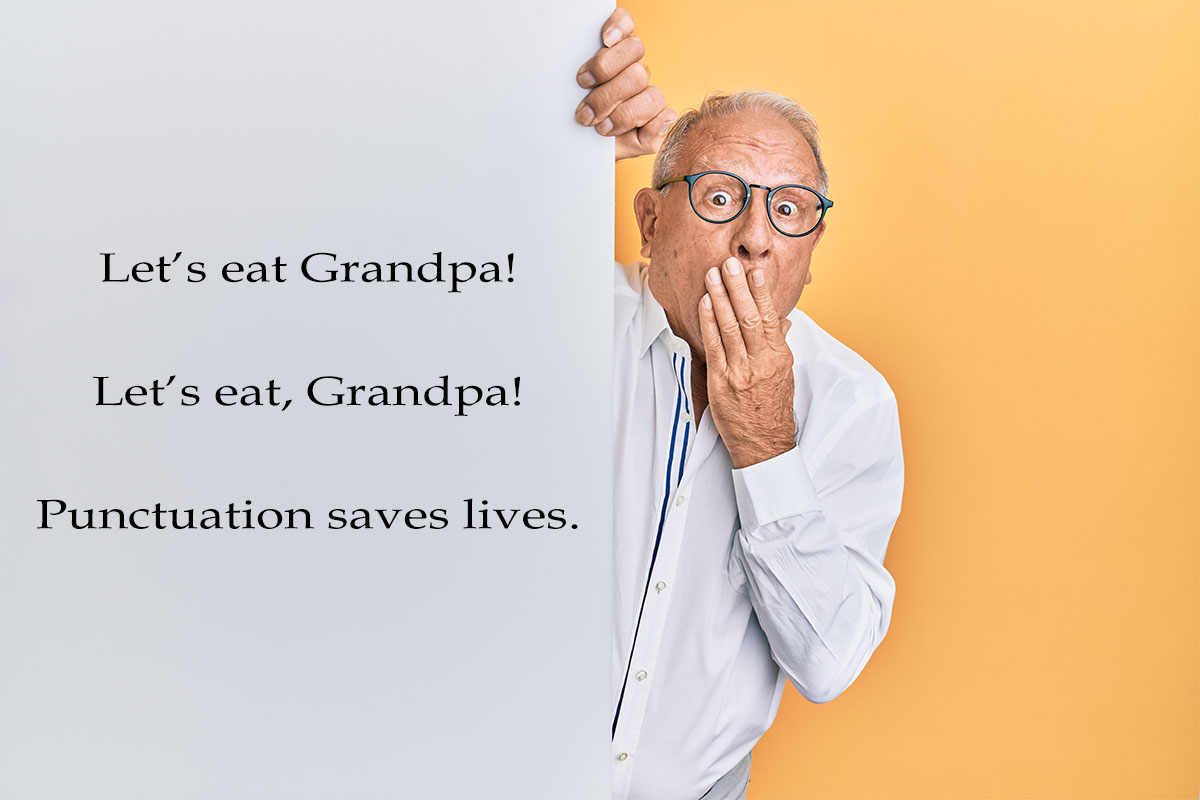 Here are some examples of when to use commas:

“The purchaser, who wishes to remain anonymous, paid a record sum for the painting.”

“Consequently, the company’s profits increased in the second half of the financial year.”

“The film has won critical recognition, but it has not been a commercial success.”

“Yes, I have visited Beijing.”

“The family owns a farm in Toowoomba, Queensland.”

“Aristotle said, ‘The roots of education are bitter, but the fruit is sweet.’”

Pairs of dashes and pairs of brackets (parentheses) function in the same way as pairs of commas to set off such non-essential elements as examples, explanations, and brief digressions from the main message of a sentence. The subtle effect of choosing one over the other is as follows:

Semicolons are used to join simple sentences (independent main clauses) which are related, for example: “The peace negotiations ended without agreement; there seemed no end to the war.”

A semicolon acts like a full stop, so should be able to be replaced with one and still make sense.

Semicolons can be used stylistically: for example, to accentuate the symmetry or contrast of two clauses e.g., “He loved coffee; she loved tea.”

The semicolon is also used to separate items in a list where some of the items need internal commas.

The colon is used when there is something to be announced. There must be a complete sentence on at least one side of the colon for the sentence to make sense.

Below are some examples of when you might use colons in your assignments.

To attract customers to their January sale, David Jones marked down prices on the following items: boys’ t-shirts, shorts and socks; men’s sweaters; and ladies’ underwear, hats, and shoes.”

“He had only one response to criticism: he ignored it.”

“Shakespeare posed this existential question in his play, Hamlet : ‘ to be, or not to be?’”

Apostrophes are used in two ways:

To indicate that a letter or letters have been dropped from a word, for example:

Do not becomes don’t

However, formal academic writing does not use these types of contractions.

Apostrophes are also used to indicate possession, for example:

The dog’s tail (the tail belongs to the dog).

With a plural subject, the apostrophe follows the ‘s’, for example: “the boys’ father was cooking dinner” (there are multiple boys), unless the subject is a plural which does not end in ‘s’. e.g. “the children’s school”.

Special cases of apostrophe use

Special cases of apostrophe used are with time and money.

“We spent a week’s holiday in Denmark.”

In this case it’s as if the holiday belonged to the week.

“The builder estimated three weeks’ work would be needed.”

The work belonged to the week.

“The children bought a dollar’s worth of liquorice and two dollars’ worth of jellybeans.”

The money belonged to the sweets.

When to use apostrophe in ‘its’

To figure out when to use it’s or its – try the sentence using ‘it is’ (as in a contraction) and if it works you can use it’s.

‘Its’ is a possessive pronoun like his, hers or theirs and does not need the possessive apostrophe.

Work through the activities to test your knowledge of how to use commas, brackets, semicolons, colons, dashes and apostrophes.